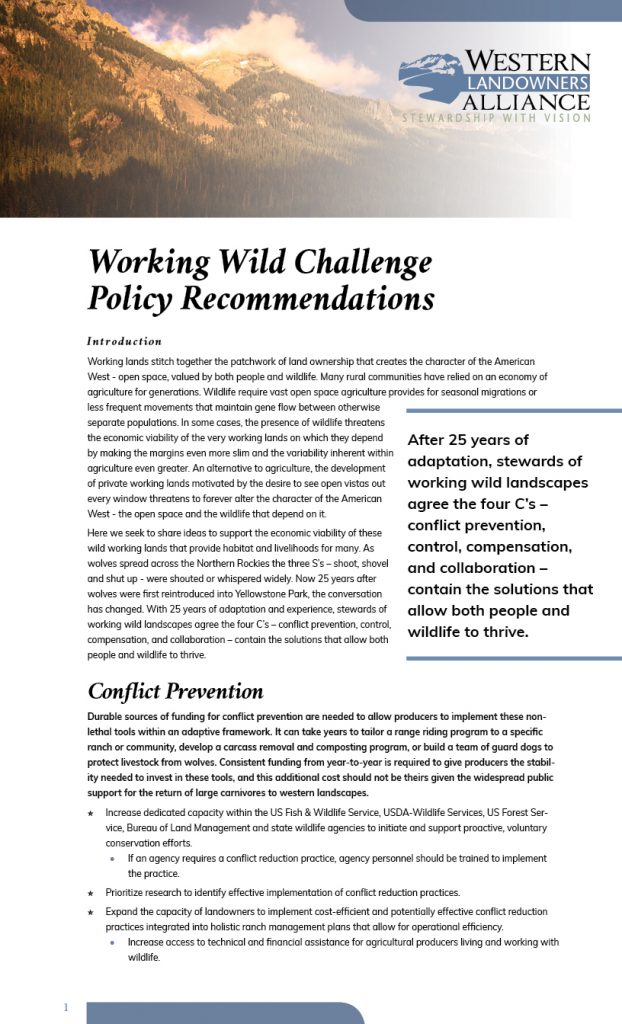 WLA hosts twice monthly practitioners calls where ranchers talk with ranchers. While these calls began in March 2020 as a discussion of effective implementation of conflict reduction practices, they turned towards depredation reporting and compensation in September as part of a collaborative research project between WLA and Colorado State University. The group continued policy related discussion in October and November resulting in these recommendations.

Working lands stitch together the patchwork of land ownership that creates the character of the American West – open space, valued by both people and wildlife. Many rural communities have relied on an economy of agriculture for generations. Wildlife require vast open space agriculture provides for seasonal migrations or less frequent movements that maintain gene flow between otherwise separate populations. In some cases, the presence of wildlife threatens the economic viability of the very working lands on which they depend by making the margins even more slim and the variability inherent within agriculture even greater. An alternative to agriculture, the development of private working lands motivated by the desire to see open vistas out every window threatens to forever alter the character of the American West – the open space and the wildlife that depend on it.

Here we seek to share ideas to support the economic viability of these wild working lands that provide habitat and livelihoods for many. As wolves spread across the Northern Rockies the three S’s – shoot, shovel and shut up – were shouted or whispered widely. Now 25 years after wolves were first reintroduced into Yellowstone Park, the conversation has changed. With 25 years of adaptation experience, stewards of working wild landscapes agree the four C’s – conflict prevention, control, compensation, and collaboration – contain the solutions that allow both people and wildlife to thrive.

The Western Landowners Alliance and the authors reserve all copyrights on publications posted on our website unless otherwise noted. Please contact us for reprints or for special use requests. 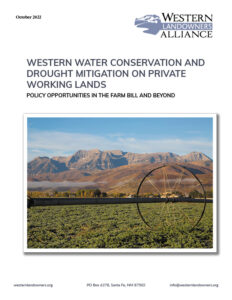 Policy opportunities in the farm bill and beyond The western United States continues to face extended and increasingly severe drought conditions that threaten municipal and agricultural water supplies, energy production,… 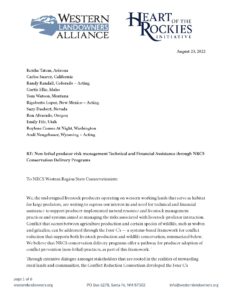 In this letter signed by hundreds of producers from around the West, we ask USDA’s Natural Resources Conservation Service staff to consider “technical and financial assistance to support producer-implemented natural… 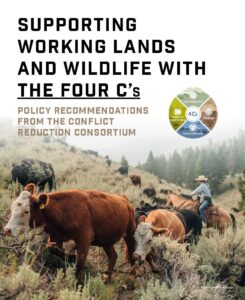 Supporting Working Lands and Wildlife with the Four C’s

Policy Recommendations from the Conflict Reduction Consortium Across the western US, iconic wildlife like elk, deer, grizzly bears, and wolves share lands with humans and their livestock. This comes with… 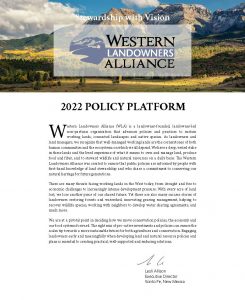 As landowners and land managers, we recognize that well-managed working lands are the cornerstones of both human communities and the ecosystems on which we all depend. We have a deep,… 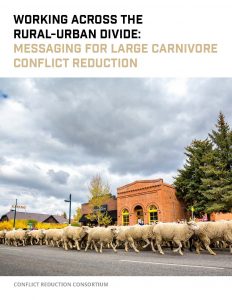 Conflicts between large carnivores and livestock can be polarizing. The words used around large carnivore-livestock conflict reduction can either further polarize a sensitive situation or bring people together in a… 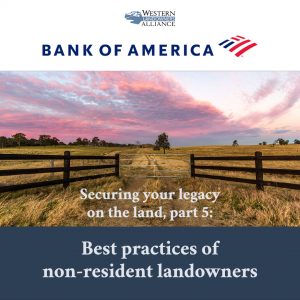 Securing Your Legacy on the Land, Part 5: Best Practices of Non-Resident Landowners

How is succession planning different for non-resident or “absentee” landowners? With this ownership type becoming more and more common in the West, how can these landowners best steward their investment to the next generation? 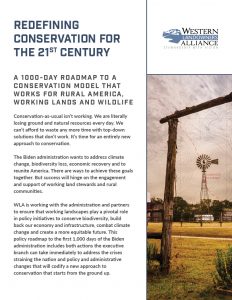 Redefining Conservation for the 21st Century

Our roadmap to a conservation model that works for rural America, working lands and wildlife. Conservation as usual isn’t working. We are literally losing ground and natural resources every day.… 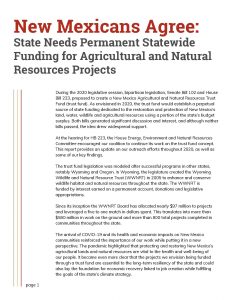 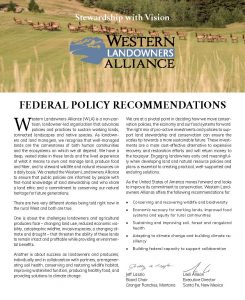 As landowners and land managers, we recognize that well-managed lands are the cornerstones of both human communities and the ecosystems on which we all depend. We have a deep, vested… 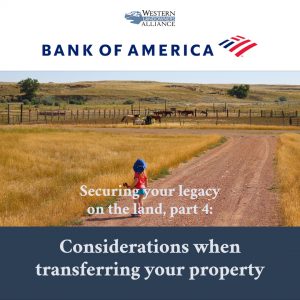 Securing Your Legacy on the Land, Part 4: Considerations when transferring your property

How does one begin the task of planning for the transfer of a family business, real estate and farm or ranch?

It's important to be prepared for what's in front of you. Western Landowners Alliance produces vital resources from and for landowners on topics as critical and varied as public policy, economics, and stewardship best practices. Subscribe to our email list to ensure you are always in the loop.

GET UPDATES DELIVERED TO YOUR INBOX