A federal judge required the Commission to rule on the pending applications while a challenge to the certification program proceeds to the state Supreme Court. At their June 18th meeting, the Commissioners tabled the matter until August 12th to allow more New Mexicans to weigh in. The stakes for New Mexico's streams and property rights could not be higher.

The debate over public access to streams on private land arises out of an awkward intersection of public and private rights. The public owns the water while the landowner owns the private land across which it flows. New Mexico has long had a reasonable resolution to this dilemma, holding the public has the right to boat or fish, provided they access the water at a point of public access and do not trespass along the banks or streambeds of private land.

But now, sportsmen are seeking to overturn decades of laws and regulations to gain new places to fish and recreate. New Mexico has long held access to streams flowing across private land required the permission of the landowner.

Presently, however, rights of public wading access to streams in New Mexico depend on whether or not a stream is considered “navigable”. The certification process to determine which streams are and are not navigable provided critical clarity to both landowners and the public concerning rights of access. The rule being challenged in court allows landowners to apply for a non-navigable certificate for streams flowing across their land.

Ultimately the New Mexico Supreme Court will weigh in. In the meantime, however, we can send a clear message: New Mexicans understand the importance of private stewardship and reject access-at-all-costs arguments that threaten biodiversity and stream health along with private property rights. 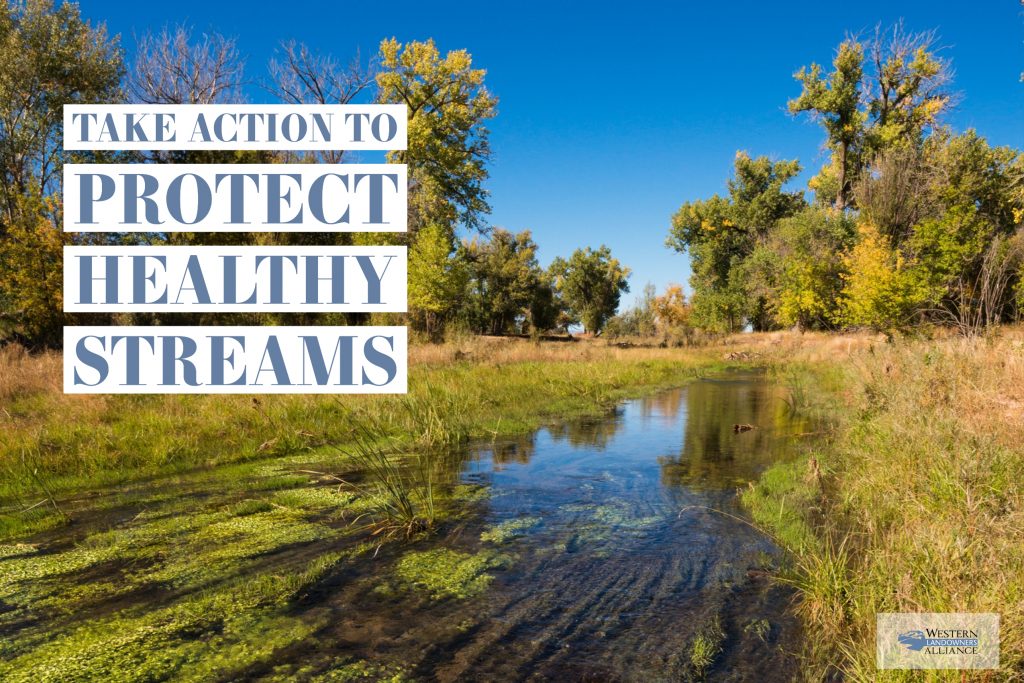 Can you take 5 minutes to submit a public comment to the Game Commission on the importance of the non-navigability rule and the kind of private stewardship a precedent against certification would jeopardize?

If you can, tell a personal story that illustrates why the Game & Fish Commission should rule on non-navigability applications without bias, and the costs of unregulated public access to fragile streams and values New Mexicans all share.

Consider including or modifying these key messages in your letters or emails:

Add your comments in the form below and enter your email address. Clicking "Send" will email your comment to NonNav.Comments@state.nm.us.

Thanks for your sharing your story with us! We may follow up via email for more details. If you have images that support your story you'd like to share, please send them to louis@westernlandowners.org.