The unsung heroes in our wildfire fight

Published in “The Hill”,  July 28, 2015
This summer, wildfire threats abound across the West. States like California can barely call it a fire “season” anymore. Their four-year drought has extended the season to virtually year-round, and the fires across the states this year have started more easily and spread more rapidly. Despite the scale of the threat, we often overlook one of our best potential allies to fighting these fire risks – our family forest owners.

Fire costs have been skyrocketing. Take for example in 2012, when the top ten fires cost more than $345 million. Fires affecting urban areas are also becoming more frequent and more damaging. According to a report from Headwaters Economics, from 2000 onward, there were more than 172 fires within ten miles of urban areas with more than 75,000 people, and more than 40 percent of them were within half of a mile of urban areas.

Owing in part to our changing climate and drying conditions all over the West, fire costs are routinely eating through the budget before the end of the season, forcing the U.S. Forest Service and the Department of Interior bureaus to “borrow” from other programs, including from fire management operations that that reduce fire risk. We need Congress to fix this, but our attention also needs to move to the resources we invest in wildfire mitigation and management on those lands that are privately owned, and here’s why:
Our battle with wildfire is about people. Our federal land wildfire challenges are mostly distant from population centers, and it is hard to understand what is at risk when a wildfire has not directly affected many urban residents. Success in reducing the amount of catastrophic wildfires will come when people are more directly involved in our fire solution. That starts with investing in the lands closer to the people. We need to help the owners of private and family-owned forestlands that surround our population centers to better prepare them for wildfire.

Family woodlands are often underappreciated, but they are the key to addressing wildfire risk. Not only do they provide benefits like clean drinking water, but they are also buffers to our cities and communities when wildfires start. We must address this issue before fires get worse.

So what are we doing to help these unsung heroes? The federal budget for public land fire management dwarfs what we are investing in family-owned woodlands, a mismatch that could put millions in the West at risk. Family forestlands are often closer to the places where people work and live. However, more than 29 million acres of family-owned woodlands across the country are at a high to very-high risk of wildfire, threatening the drinking water supply coming from these forested watersheds. This is why we cannot ignore this growing risk.
Individuals and family forest owners have proven to be great stewards of their lands when they have the proper resources. They manage their forests to protect against catastrophic wildfire, while s providing Americans with necessities we often take for granted; clean water, clean air, habitat for wildlife, sustainably managed fiber for wood products and even providing carbon sinks to help buffer a changing climate. But this case is not the same for all woodland owners, especially in the West. Sustainable land management and fire mitigation for some can be time intensive and expensive, and landowners need support to continue to protect their woodlands.

The American Forest Foundation, an organization with a history of working with family woodland owners is preparing a report that should better quantify the wildfire risk we see on Western family and privately owned forestlands. This report should identify priority communities and help us build the case for more support for family forest-owners, the unsung heroes who are protecting many benefits we take for granted. With fires become more damaging and more frequent, we need them on our front line.

Jensen is the former deputy under secretary at the U.S. Department of Agriculture where he had oversight responsibility for the U.S. Forest Service, and also served as a senior adviser at the White House Council on Environmental Quality under President Obama.

WAYS TO HELP OUT
Posted in Forest and Range 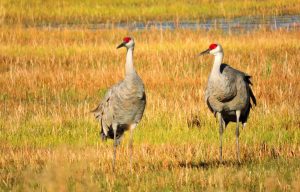 Springing from farm to wild and back again

This May marks my 5th anniversary of walking first irrigation water down this land. Today is the first year I’ve truly heard the spring call of a pair of sandhill…
Read more 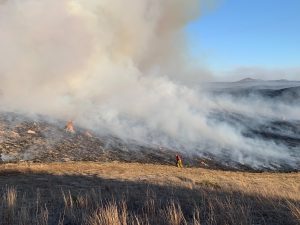 The Importance of Family

The importance of family, of daughters and sisters and brothers, and the parents who love them and support their knowledge and skill-building, runs throughout this story.
Read more