Lawrence grew up in Taos, New Mexico, and has spent a significant portion of his career in the San Luis Valley of southern Colorado before re-locating with his family recently to Santa Fe. Lawrence is the sixth generation to run his family’s ranch.  Lawrence studied agricultural and civil engineering at New Mexico State University and has a background in ranching, water resource management, NRCS and local government (he served three-terms as elected county clerk in Conejos County). He was an early member of the Quivira Coalition and has served as president of the Sangre de Cristo Natural Heritage Area, the Tio Grande Livestock Association, the Rancher’s Choice Cooperative, and the El Codo and New Cenicero Ditch Companies. He has also served on the boards of the Rio Grande Water Conservation District, the Rio Grande Basin Roundtable and the San Luis Valley Advisory Committee to the Colorado State Engineer. He was vice president of the San Luis Valley Farmers Union, an advisory board member to the San Luis Valley Nature Conservancy, the 2002 Water Manager of the Year for the Colorado Division of Water Resources Division 3, and the 2008 Conservationist of the Year for the Rio Grande Watershed Association of Conservation Districts. 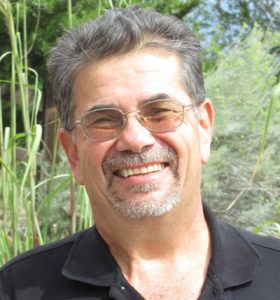