It is hard to imagine a time when land and wildlife managers didn’t necessarily think about the importance of nature reserves and other open spaces being connected to one another. We know today that if parks are isolated as “postage stamps” surrounded by development, wildlife migrations are blocked, the free flow of genetic diversity amongst plants and animals is interrupted, and ecosystems are no longer true systems, instead reduced to museum pieces. Today there is hardly a nature conservation organization that does not work on two concepts: climate change, and “connectivity.” It is largely because of Dr. Michael Soulé that we now plan nature management around the concept of connectivity. The “father of conservation biology” passed on June 17th at the age of 84. He was also one of the conceptual founding fathers of Western Landowners Alliance.

Although the 1970s brought numerous bedrock environmental protection laws, as the decade wore on we learned that protecting species and not their habitats was pointless; protecting habitat in bubbles where management on the other side of the fence can be wholly inconsistent with the inside of the bubble is equally fruitless. While many scientists played key roles in reshaping how we conceived of biodiversity and the strategies to protect it, the biologist Michael Soulé stands apart. Along with Bruce Wilcox, in 1978 he called together a conference that paired the words conservation and biology so as to essentially say to the scientific world “it is no longer enough to write papers about nature; we must as scientists work to protect it.”

Although conservation biology was thus developed as a field more concerned with saving nature than just studying it, simply establishing this academic field and its professional society, the Society for Conservation Biology, wasn’t enough for Soulé. He was also one of the founders of what became the Wildlands Network – a non-profit that functions as a network of conservationists representing dozens of organizations working to conserve a network of connected lands. Large western ranches often sit as key nodes in such networks of connected nature, and the management of land and wildlife on these ranches thus really mattered to the conservationist’s vision.

And so in the early years of this decade, Michael and I found ourselves working more and more with ranchers who were eager to increase the ecological values of their ranches, while he became more eager to move past the often myopic focus on public lands that characterized so many conservation groups. This led us to pull together a series of retreats over a few years of ranchers whose goals put conservation on par with the economic viability of their operations. The response was overwhelming, and we realized hundreds of ranchers were looking for a network of peers to help each other foster or restore wholesome natural functions while running profitable family ranching businesses. He gave me that knowing look – “we’re on to something here, aren’t we?”

This something became the Western Landowners Alliance. WLA’s tagline, “Stewardship With Vision” refers to Michael’s longstanding vision of an unbroken network of lands running from Mexico to Canada, where open space, natural processes and biodiversity can flourish. Healthy and productive ranch lands are key components of this vision, although in honesty, Michael’s heart and expertise lay more in the preservation of lands, not in the “working lands” stewardship of them. As a biologist and visionary, he didn’t have the experience to fully appreciate the economic and social problems with his idea. WLA developed as a vibrant cross-fertilization, where ranchers took inspiration from his big thinking, but grounded it in their stewardship expertise and the recognition that landowners and agricultural producers are important to the vision of connected open spaces by improving the economic viability of western lands. Michael’s thoughtful mind was open to challenge, and he grew to appreciate from ranchers how active stewarding of the land can return not just economic but also ecological results of the sort that drove him.

Beyond his professional accomplishments, Michael was a dear, wily, wise soul. A mischievous and playful glimmer shone in his eyes, despite his heart carrying a heavy burden from a lifetime of watching nature suffer and degrade as a result of development. He was a Buddhist, a father, a husband and, to so many of us, a mentor. We will miss him dearly.

WAYS TO HELP OUT
Posted in Conservation, News, Wildlife

This site uses Akismet to reduce spam. Learn how your comment data is processed. 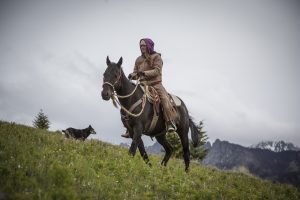 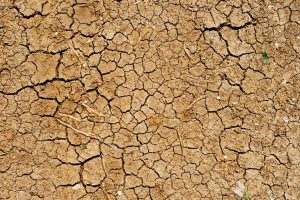 Agricultural producers have a lot to consider in regards to drought. That’s why WLA is teaming up with the New Mexico State Lands Office and the Quivira Coalition, through the…
Read more