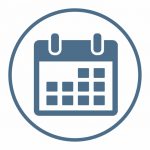 We hosted a virtual conversation about carbon markets in June. Wow, did we learn a lot! First, this is a hot topic. The webinar was well attended with more than 100 registrants. The questions were specific and detailed. Second, we learned that a carbon or ecosystem service market hasn’t been figured out yet for rangelands/grasslands. We believe there is so much potential in rangelands for carbon sequestration, improving ecosystem health, and increasing biodiversity. There is also so much to learn.

But we don’t know enough. Let’s learn more together.This workshop is designed to bring carbon market and ecosystem services thought leaders together to exchange ideas, to listen, and imagine how we can all work together to activate change, and awareness, around the important role rangelands/grasslands could play in carbon sequestration and climate health.

Paul has held R&D, operating and leadership positions with large agribusinesses and venture-backed startups including BASF, Dow Chemical, Mycogen Corp (acquired by Corteva) and Diversa Corp. He has dedicated his career to supporting global food supply, improving the nutritional content of food, and advocating for agricultural systems that support the economic and environmental health of rural communities.

Abbey Smith serves as the Savory Global Network Coordinator. She is also owner and operator of the Jefferson Center for Holistic Management with her husband, Spencer. The Jefferson Center is an organic cattle ranch and Savory Network Hub in Fort Bidwell, California.

She spent two months in South Africa living with families on holistically managed cattle farms after graduating magna cum laude from Cal Poly, San Luis Obispo with a degree in animal science and a focus in communications and ethnic studies. She attended graduate school at the University of Nevada, Reno where she received a master’s degree in interactive journalism. At UNR, she wrote a business plan for an online business to connect consumers and producers of local food. Through the competition, Abbey met her former employer of nine years and was recruited into the online/digital business world. During the last nine years she rose to a position of leadership within the company, Swift Communications, and was involved in many new ventures. She loves to work in in fast-paced, team environments working on projects in emerging markets. Before graduate school, she served as the director of a non-profit organization for natural resource conservation called The River Center in Modoc County, California. This position taught her how to manage a budget and bring groups of people together, often times with conflicting viewpoints, in order to find common ground.

She grew up on a commercial cattle ranch in Indian Valley, in Plumas County, California. Her loving, large, loud family has lived in the valley for seven generations. Family is a source of joy to her. Her goal in life is to build a beautiful world for her daughter, Maezy, which is why she and Spencer are working to advance Holistic Management.

Living in the rural community of Surprise Valley, California and being involved in a global organization is a dream come true. Abbey serves on the Surprise Valley Education Foundation board and is involved in local food groups. She enjoys doing yoga, throwing kettlebells around, gardening, riding horses and hiking with her daughter. Her happiest moments are on the ranch with her family. She loves running and runs alone, except when in Africa.